While “normal” yeast infections are usually quite easy to treat, some strains of yeast have been known to become drug resistant. 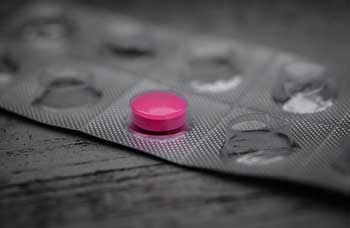 This phenomenon is beginning to alarm world health providers.

Scientists are only now beginning to unravel the mystery of the C. albicans lifecycle, although the organism has been extensively studied for many years.

One recent study found that Candida may be capable of reproducing sexually, although it was believed for years that it could only reproduce by cloning — or breaking itself into two identical pieces.

This discovery doesn’t sound too exciting to us laypersons, but, according to Dennis M. Dixon, chief of the Bacteriology and Mycology Branch of NIAID’s Division of Microbiology and Infectious Diseases, “this work is extremely important because it begins to explain how the organism can adapt to changes in its environment and cause disease.”

Candida yeast can mutate quickly in the presence of anti-fungal drugs, just as bacteria can mutate to become resistant to antibiotics. This ability to adapt and become drug resistant has caused considerable alarm among the medical profession, and it is the reason that Dr. Dixon is so concerned.

Drug-resistant yeast infections are becoming more common, and can be deadly in people with impaired immune systems; when patients are already suffering from another disease; or when they are recovering from major surgery. The drug-resistant strains found in hospitals sometimes use IV ports as entryways into the body, and can cause infections in the blood and vital organs. This risk is particularly common in some third-world hospitals, but it is causing increasing concern here in the US and other developed nations, too.

It’s also possible to create your own internal population of drug-resistant yeast by using anti-fungal remedies medications when they aren’t needed — and this can make future vaginal yeast infections more difficult to treat.